Power production for all greyhounds is of paramount importance to achieve the required competition results. However, for a power product to be proficient for all the wide range of racing and training activities, it must contain molecules that are available on demand for both short-term and long-term events.

Oral natural supplements containing membrane phospholipids, CoQ10 and other nutrients help restore mitochondrial function and reduce intractable fatigue. However, the efficient absorption of oral Co-Enzyme Q10 is not easy, being a large molecule and hydrophobic (dislikes water). To overcome this problem use is made of certain molecules that cage the Co Q10, plus Natural Vitamin E (a fat-soluble vitamin), triglycerides and marine derived Omega-3 maximising absorption by different biochemical mechanisms.

Coenzyme Q10 also comes in two major forms Ubiquinone, the conventional form, is oxidized and can be harder for the body to convert to the active non-oxidized form, Ubiquinol. This latter form is more bioavailable as an oral supplement, more easily absorbed, hence the inclusion of both forms in this product to maximise ATP production and power availability.

That power source is crucial, the latest scientific research showing that Medium Chain Triglycerides (MCT) up-regulate the expression and protein levels of genes involved in mitochondrial biogenesis and metabolism-enhancing exercise endurance (i.e. the process by which cells increase their mitochondrial mass and ATP).

MCTs are an energy source in their own right, being small molecular weight molecules providing a simpler and more rapid metabolic pathways and energy benefits. Unlike longer-chain fatty acids, MCTs go straight to the liver. There they can be used as an instant energy source or turned into ketones; substances produced when the liver breaks down large amounts of fat.

Studies have shown that saturated fatty acids give the following effects in greyhounds:

CoQ10 plays a significant role in boosting the immune system as tissues and cells involved with immune function are highly energy-dependent and therefore require an adequate supply of CoQ10 for optimal function.

“B” Vitamins: Releasing energy from food, and essential for many metabolic pathways

Beta-Alanine: For improving athletic performance and exercise capacity by acting as a buffer against acidification, Maintain and/or regain suppleness, gain lean muscle mass.

Important Notice
Ardmore Products Have No Withdrawal Period and Do Not Contravene Rules of Racing. All products are available direct from Ardmore and are also available at all major greyhound tracks and veterinary hospitals. 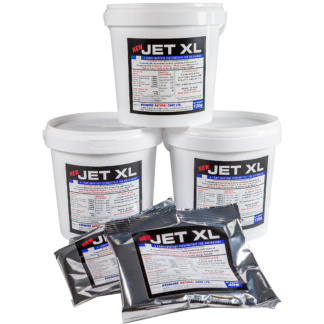